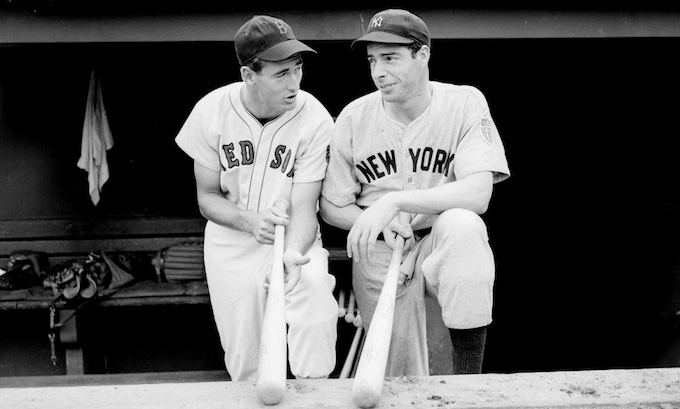 By bWAR, one of these guys was the best player in baseball four times. The other? Never.

It seems like there's always a controversial pick early in these 10-spots—a player fans think is better and should be higher: Derek Jeter landing at No. 79 (howls from Yankee fans), Sandy Koufax at No. 70 (howls from baseball fans), and, here, Pete Rose at No. 60 (howls from Pete Rose). Poz dropped him 19 spots from his top 100 list from the early 2010s, which is the biggest drop since he dropped Koufax 24 spots, which is the biggest since ... Well, he only dropped Jeter 22 spots, but you get the idea. It's his own list; Joe's on his own wavelength here. Just as in “A Personal Journey with Martin Scorsese Through American Movies,” Scorsese said he could only talk about the movies that moved or intrigued him (Nicholas Ray, Douglas Sirk), rather than the culturally acceptable ones (“Gone with the Wind,” “Casablanca”), Poz is trying to ignore the noise to listen to his own personal signal. Good for him.

He's wrong on Koufax, of course.

Why is there an “X” next to DiMaggio's name? Because in the first list, Poz stopped at No. 32 and never got around to DiMaggio. Maybe he forgot DiMaggio? Maybe he stopped at No. 32 because he realized he had too many players left for the 31 spots remaining? I could totally see it. I‘ll write about that eventually: who was left and why they didn’t fit into the remaining 31 spots.

There were howls for DiMaggio, too, of course. The Braves' Chipper better than the Yankee Clipper? Adrian Beltre ahead of even that? Al Kaline?

What's fascinating is that, at least by bWAR, the Great DiMag wasn‘t. And it’s not just the years he lost to the war. According to bWAR, there is no year where he was the best player in his league. Not just in baseball, but in his league. Ted Williams, his rival, who couldn't play D the way Joe D could? Williams is the best player in the American League six times, and in all of baseball four times. But Joe D's got his three MVPs to keep him warm.

In other news, Rod Carew drops three spots, to No. 57, but I think that's the highest we‘ll see a player wearing a Minnesota Twins uniform. My childhood hero, Harmon Killebrew, who was previously No. 67, won’t make the cut.

In the previous iteration, Buck Leonard was 76th all-time, not bad, but Pete Rose, at No. 41, was among the immortals. Now Buck is ahead of him. As well as ahead of Jeter, Koufax, and Joe DiMaggio.

Things are getting interesting.