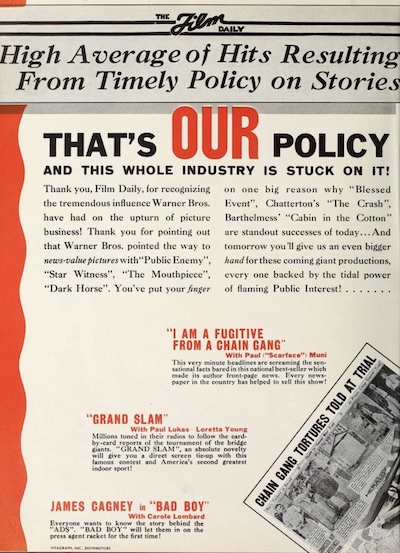 I'm interested in the one at the bottom: “Bad Boy” starring James Cagney and Carole Lombard? Yes. It got made but not under that title and not with that co-star. It's “Hard to Handle,” in which Cagney plays a PR rep/grifter, with Mary Brian as his girl and Ruth Donnelly a standout as her mother. I recall liking Brian a lot, thinking she had a Christina Applegate thing about her. Her last movie was “Dragnet” in 1947 (Scotland Yard in NYC, not Jack Webb in LA), and her last TV series was “Meet Corliss Archer” in 1954. She lived until the day before New Year's Eve, 2002.