Is Steven Spielberg the Most Popular Director in Movie History? 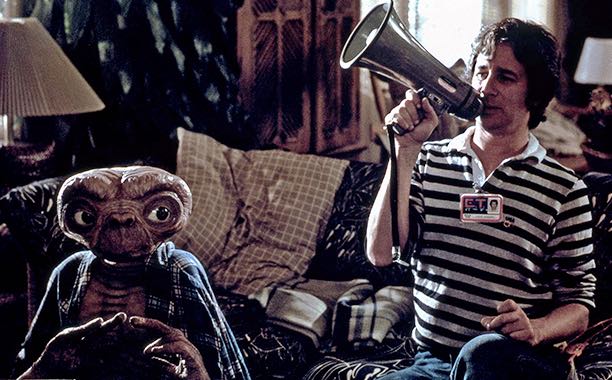 Spielberg, in his heyday, with friend.

Which raises the question: Is Steven Spielberg the most popular director in movie history?

Oh yeah. By a long shot.

The above milestones, $1 bil and $100 mil, are 21st-century milestones, and Spielberg's heyday was earlier. These are the top 10 movies of all time, domestically, adjusted for inflation:

Spielberg is the only director to make the list twice. James Cameron, a rival for the title of most popular director in movie history, adds his second film, “Avatar,” at No. 15; but then Spielberg immediately usurps him again with “Jurassic Park” at No. 17. George Lucas, another potential rival for the title, adds his second, the abyssmal “Star Wars, Episode One: The Phantom Menace,” at No. 18, before Spielberg adds a fourth, “Raiders of the Lost Ark,” at No. 21.

That's right: Steven Spielberg has four of the 25 highest-grossing American movies of all time, adjusted for inflation, and no other director has more than two.

If you plunge further, into the top 100 American movies of all time, these are the only directors who appear more than once*:

* Not included are the Disney directors, since as many as 11 directors worked on a single film.

Only Lucas is close, and that's where he tops out. Spielberg keeps going. He also has No.s 102 and 103. He has no rival.

This is a long lead-in to the poor domestic box office of his latest film, “The BFG,” which opened to $19.5 million this weekend. It finished behind the third weekend of “Finding Dory” ($41 mil), and the opening weekends for “The Legend of Tarzan” ($38) and “The Purge: Election Year” ($30).

It's true that most Roald Dahl stories don't do particularly well at the box office—the two Willie Wonkas being the exception. It's also true that Spielberg is turning 70 in December, and the wonder and energy felt in his earlier films has been replaced by muted tones and somber discussions. I get trying to recapture the magic of youth, and I think he did that with the underrated and underseen (in the U.S.) “Tin Tin” movie; but there's something to be said for making movies for adults—particularly in this adolescent age of movies, which Spielberg helped create.