How to Get Ahead in America: Carl Laemmle, the Founder of Universal Pictures

“Laemmle's first two decades in America didn't conform to the inspirational immigrant sagas where industriousness was rewarded with escalating success. Instead, Laemmle failed at virtually everything he did, and, if anything, his life testified not to the justice of hard work, but to the powerful engine of failure...

”'I went over to Chicago to close the deal [on a five-and-dime [he was buying]],“ he told one journalist, ”and one rainy night I dropped into one of those hole-in-the-wall-five-cent motion picture theaters. ... The pictures made me laugh, though they were very short and the projection jumpy. I liked them and so did everyone else. I knew right away that I wanted to go into the motion picture business. ... 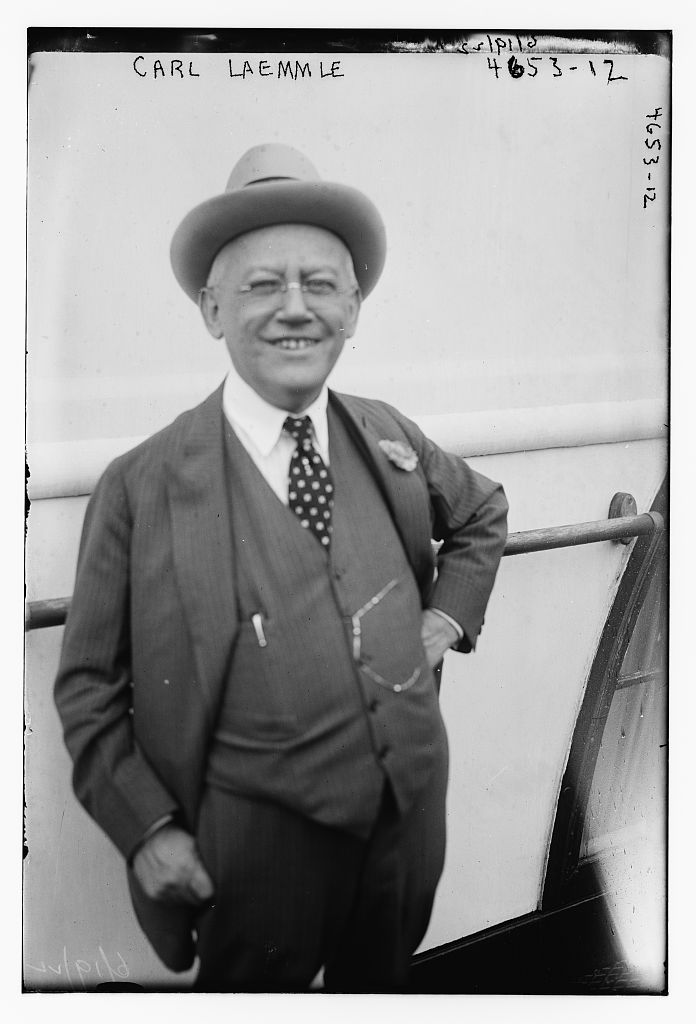 “Not everyone was as optimistic about the movies prospects. Even [Laemmle's mentor] Cochrane tried to dissuade him. His friends, he recalled, were 'shocked, disappointed, and almost humiiated,' and Laemmle admitted that 'most everyone in the United States regarded moving pictures about the same way that I did' before he had resolved to become a theater owner himself—which is to say, as a 'toy' or 'peephole sensation.' This was, in fact, one of the reasons Jews like Laemmle were able to gain a foothold. Big money, gentile money, viewed the movies suspiciously—economically—as a fad; morally, as potential embarrassments.

”Laemmle was certainly the beneficiary of some extraordinary timing. Harry Davis' nickelodeon, an empty storefront outfitted with one hundred to two hundred seats and dedicated exclusively to showing movies, had opened in Pittsburgh just three months before Laemmle opened The White Front. Until then, movies were shown primarily in the back of penny arcades or at vaudeville shows while audiences exited.“