Hollywood B.O.: How Hunger Games Ranks with Lord of the Rings, The Dark Knight and Avatar

“The Hunger Games” has now done something only three films since 2001 have done: ranked No. 1 at the box office for four or more consecutive weeks. The other 21st-century movies to manage this feat are: “The Lord of the Rings: Return of the King,” which lasted four weeks in 2003-04; “The Dark Knight,” four weeks in the summer of 2008; and “Avatar,” seven weeks in 2009-10.

Remaining No. 1 at the domestic box office for four weeks used to be fairly commonplace. How commonplace? Here are some of the less-than-stellr movies that managed it in the 1980s and '90s: “Never Say Never Again,” “Police Academy II: Their First Assignment,” “Uncle Buck,” “Teenage Mutant Ninja Turtles,” “Hot Shots,” “Hook,” “Basic Instinct,” “Under Siege,” and “Indecent Proposal.” Another multiplex in hell.

It was a yearly phenomenon, and generally a several-times-a-year phenomenon, until 2001. Then the game changed. Movies began opening wide, wider, widest. No more lines around the block. You went when you wanted, and most moviegoers wanted opening weekend. Movies became a “wham bam, thank-you, ma'am” phenomenon. They roared for a week, two if they were lucky, before dropping to a whisper, and then just dropping. I wrote about all of this back in 2006 for MSNBC.

Now it takes a truly stellar film, a repeat-viewing film, to remain on top more than two weeks.

So is “Hunger Games” in the same class as “Lord of the Rings: Return of the King,” “The Dark Knight,” and “Avatar”? Or is something else going on here?

The movie has certainly had help from its March release date. The others were released in July and December, prime movie months, and went up against huge blockbusters. Katniss and company have had to fend off relatively weak competition: “Wrath of the Titans,” “American Reunion,” and “The Three Stooges.”

Can it make $400 million? Do you want to bet against Katniss? 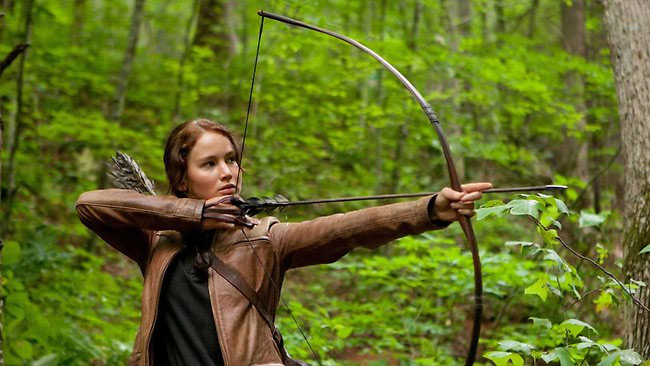