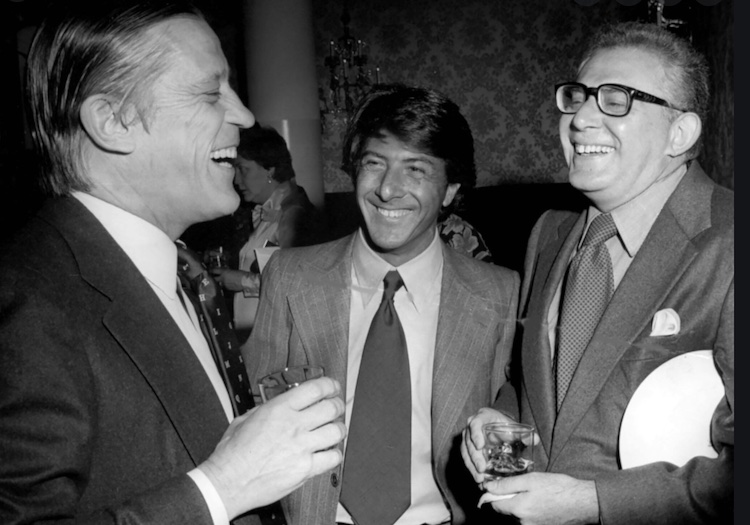 There's a scene halfway through “All the President's Men,” a front-page meeting/city-desk meeting, in which the various editors get together and figure out what the top stories of tomorrow's edition will be. There's some disagreement, a lot of banter and humor, and a healthy dose of cynicism. In tone, dress, posture, they remind me of my father's generation at The Minneapolis Star-Tribune, and thus the literal adults in the room when I was a child. Sadly, the adults in the room are leaving us.

For the film, Rosenfeld, the assistant metro editor at The Washington Post during the Watergate years, was played by Jack Warden, and he has a couple of memorable scenes—one in which he shoos away a nosy Carl Bernstein, who is asking about the burglary at the Watergate hotel. Both Bernstein and Bob Woodward were on the metro desk, a lesser beat, and they got the story because it was considered a lesser story—a “third-rate-burglary,” to quote Ron Ziegler, at a local hotel. Then their reporting, particularly tracking a check in the bank account of one of the Watergate burglars directly to Nixon's re-election committee, helped turn it into a national and international story, so managing editor Ben Bradlee was considering giving the story to the National desk. It was Rosenfeld who voiced the objection: “They're hungry. Don't you remember when you were hungry?” Bradlee listened. And the rest is history. Not to mention historic.

I didn't know Rosenfeld had been born in Weimar Germany, witnessed the rise of the Nazis, experienced Kristallnacht first-hand. I like this quote from Peter Osnos. “He brought brash New York savvy to Washington before you could get a decent bagel there.” I like this quote from Rosenfeld on the theme of his journalistic career: “holding to account the accountable, the more powerful the better.” We need more adults in the room.