Watching Hollywood movies with the subtitles on can lead to some interesting discoveries.

The two images below are from the 1933 Warner Bros. flick “The Mayor of Hell,” nominally starring James Cagney, but really starring a group of ne‘er-do-well kids, led by Frankie Darro, who are somewhere between Our Gang and the Dead End Kids. They’re sent to a reform school, which is more prison than school, with a corrupt superintendent smoking a fat cigar. One of the few people in their corner, besides eventually Cagney, is the nurse, Dorothy Griffith (Madge Evans), whom the boys always call Miss Griffith. Except the subtitles are more progressive than that. 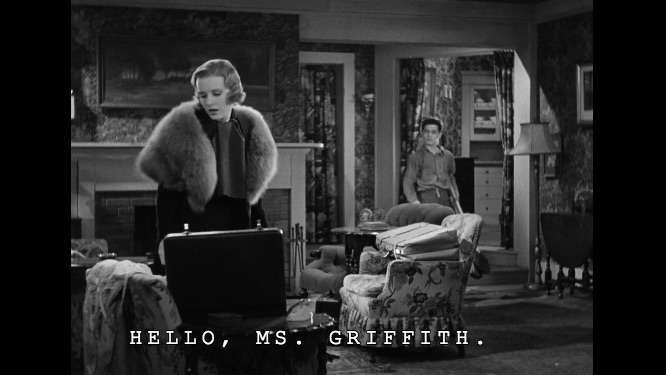 I assumed that honorofic didn't even exist in 1933 but according to Wiki it was first used in the 17th century, derived from the title “Mistress.” It was also bandied about by reform-minded folks for the first six decades of the 20th century but never caught on until the women's movement of the late ‘60s and early ’70s. Anyway, it's a mistake here. The boys are saying “Miss.” It's actually spelled on her door that way. But the subtitles keep saying “Ms.”

If the subtitles are progressive with feminist honorofics, they‘re less so with languages other than Anglo-Saxon English. One of the gang kids is Jewish, and, per the time and the stereotype, focused on money and mercantilism more than the other kids. He even begins to run a store in the reform school. But one hungry kid steals a candy bar from him and this is how he responds. 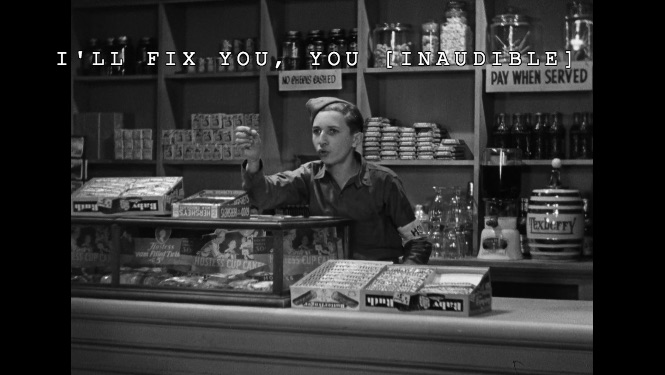 He’s saying gonif, Yiddish for thief, ya schmucks. I'm a gentile kid from Minnesota and even I know that. But then I had Philip Roth to help raise me.