From the Studio that Brought You Elektra, Daredevil, My Super Ex-Girlfriend, X-Men: The Last Stand, and the First Two Shitty Fantastic Four Movies...

How bad is the new “Fantastic Four”? Its director, Josh Trank, who directed the well-received “Chronicle” a few years ago, is already making excuses, blaming the movie studio in all but name in a tweet that was posted yesterday and then quickly removed, but not before it was archived.

Which movie studio? Fox, of course. The studio that would give goddamned webshooters and a bat cape to Wolverine.

Here's the list of superhero movies they've released since their own “X-Men” reinvented the genre back in 2000, along with Rotten Tomatoes ratings and IMDb ratings:

Essentially Bryan Singer started them off with two good “X-Men” movies, then they screwed up for the next decade with crappy, mind-numbing movies until they revived the “X-Men” series in a positive-ish way. Plus Josh Trank's “Chronicle.”

It could be that Trank's original vision wasn't that good. It could be that the Fantastic Four, Marvel's first superheroes, who are more or less updated versions of 1) Plastic Man, 2) The WWII-era Human Torch, 3) The Invisible Man and 4) every rock creature out of every crappy 1950s Marvel mag, just don't work in the 21st century.

But I'm betting there are idiot execs at Fox who ruined this thing with their dumb ideas. Or at least ruined it further.

ADDENDUM: My friend Ciam pointed me to this Vulture piece on the long, tangled, gossip-ridden buzz for the new FF movie, and which mostly blames Trank and lets the studio off the hook. Maybe. But that doesn't explain all of the above. 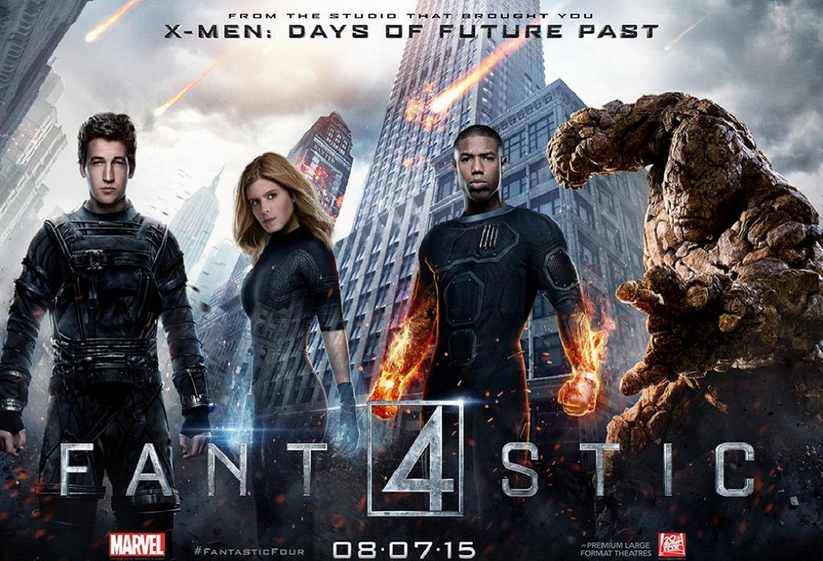 From the studio that brought You Elektra, Daredevil, My Super Ex-Girlfriend, X-Men Origins: Wolverine, X-Men: The Last Stand, and the first two shitty Fantastic Four movies.