Last night, the last night in existence for FilmStruck, the streaming service that combined Turner Classic Movies, the Warners archive, and the Criterion Collection, I watched “The Sword of Doom,” a 1966 Japanese samurai/ronin movie directed by Kihachi Okamoto, and starring Tatsuya Nakadai—the gun-wielding Elvis samurai villain from Akira Kurosawa's classic “Yojimbo.” He's a villain in this one, too—a lethal, dead-eyed warrior who only gains some aspect of humanity when he comes across a greater master—Toshiro Mifune, of course. It's a beautiful, horrifying and strange movie, with an end that compares to Kurosawa's “Throne of Blood” in the lengths it takes for the protagonist to fall. I fell in love with young Yoko Naito, who only made movies from 1965 to 1970. She's barely online.

Now neither is FilmStruck, thanks to AT&T. The partners go their separate ways and each tries to come up with their own Netflix, whose lack of classic films led me to FilmStruck in the first place.

This was part of my Watchlist at the end: 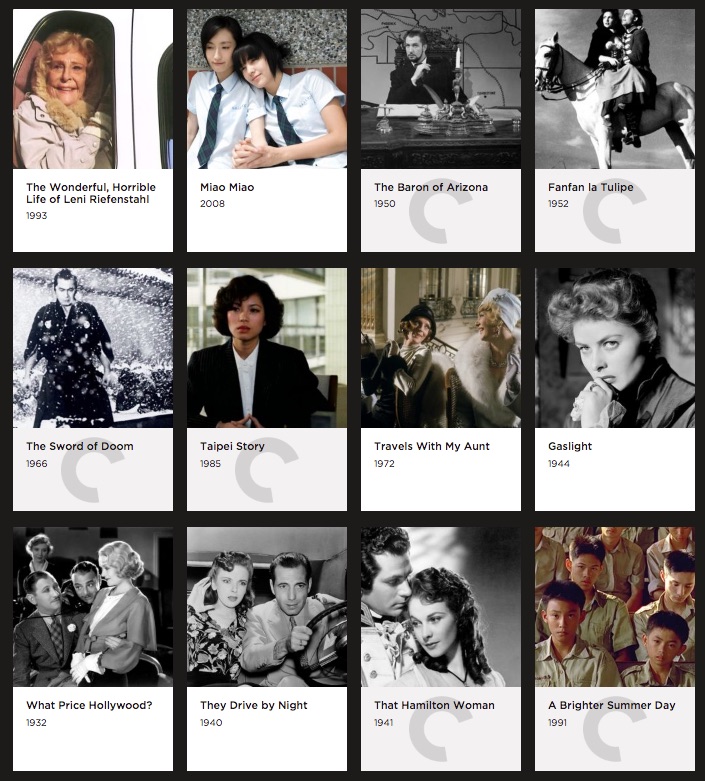 I'd already seen some of these but wanted to watch them again—including Edward Yang's four-hour masterpiece, “A Brighter Summer Day,” about Taiwan in the late 1950s.

Goodbye, FilmStruck. Thanks for the Cagney movies. Thanks for being a happy place when I needed one. Au revoir, adios, sayonara, auf wiedersehen, 再见。