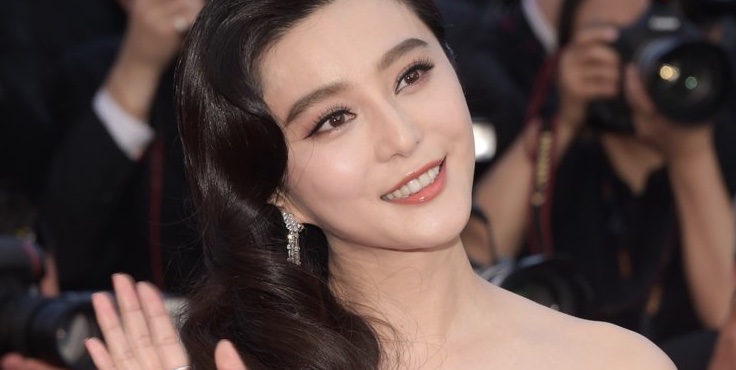 Remember last summer when Fan Bingbing, one of China's biggest and most visible movie stars, suddenly disappeared? And no one knew where and no one said shit? Then she resurfaced in October and it turned out to have something to do with taxes? Well, May Jeong at Vanity Fair has the story.

Not the complete story, mind you. It's still amorphous: why things happen when. Bad behavior, even illegal behavior, is OK until it isn‘t. Reminds me a bit of Taiwan when I lived there in the ’80s. They called it, I believe,公的秘密: gongde mimi; public secrets. For example, I was there on a student visa but I worked at a bushiban, or cram school, teaching ESL, because everybody did, and because the authorities wanted its citizens to learn English. So everyone always looked the other way. Until they didn‘t. Until the authorities knuckled down on the foreigners with their student visas in order to find the bushibans that weren’t paying their taxes.

I think that's how it went anyway.

Who knows what the real thinking is at the top levels of the Chinese government right now? Ten years ago, Xi Jinping wanted Chinese movies to be more like Hollywood movies, and just when he seems to be getting his wish—even though Chinese movies never do well abroad like American movies—he's cracking down on the stars. He's doing what right-wing nutjobs would like to do to Hollywood.

Some of the information that's leaked out seems designed to titilate readers as much as scare other movie stars:

According to the South China Morning Post, she had been held under a form of detention known as “residential surveillance,” at a holiday resort in a suburb of Jiangsu. The system was instituted in 2012, under President Xi Jinping, making it legal for the Chinese secret police to detain anyone charged with endangering state security or committing corruption and hold them at an undisclosed location for up to six months without access to lawyers or family members. Sources close to Fan told me that she had been picked up by plainclothes police. While under detention, she was forbidden to make public statements or use her phone. She wasn't given a pen or paper to write with, nor allowed any privacy, even when taking showers.

And it's not just movie stars:

Under Xi's crackdown, tens of thousands of people have disappeared into the maw of the police state. An eminent TV news anchor was taken away hours before going on air. A retired professor with views critical of the government was dragged away during a live interview on Voice of America. A billionaire was abducted from his private quarters in the Four Seasons in Hong Kong. Other high-profile disappearances include Interpol president Meng Hongwei in September, photojournalist Lu Guang in November, two Canadians who went missing in December, as well as the writer Yang Hengjun, who went missing in January. “The message being sent out is that nobody is too tall, too big, too famous, too pretty, too whatever,” said Steve Tsang, who runs the China Institute at the School of Oriental and African Studies at the University of London.

Not since the Cultural Revolution have artists in China been as wary of the state, and as aware of the necessity of appeasing it.