Failure of the Press During the Blacklist and Beyond

Glenn Frankel's book, “High Noon: The Hollywood Blacklist and the Making of an American Classic,” is a good reminder of all of the forces that went into ruining peoples' lives during the blacklist. McCarthy, who gave his name to the era, actually came around relatively late in the process. The big early guns were, in no order of importance, the FBI, HUAC, the Motion Picture Alliance for the Preservation of American Ideals, the studio moguls, business interests, the Chamber of Commerce, and the usual array of near-fascistic right-wingers and bigots. 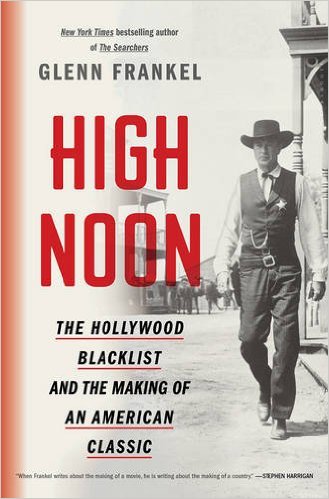 Oh, and the press:

The daily press tended to report [HUAC hearings] uncritically. The allegations of “friendly witnesses” like Sterling Hayden were repeated without question or rebuttal. Those who were named as Communists were not contacted by reporters and given the opportunity to respond. There were virtually no articles that questioned the committee's methods. The committee provided a libel-proof forum for accusations of subversion against named individuals who were not permitted to cross-examine their accusers. “The press does not merely mirror or report the hearing; it is an indispensable part of it—like a loudspeaker on a high-fidelity sound system,” wrote HUAC critic Frank J. Donner.

Alan Barth, editorial page editor of the Washington Post, was one of the few mainstream journalists to object to this perversion of the press's role of government watchdog. “The tradition of objectivity ... has operated in this context to make the press an instrument of those seeking to inflict punishment by publicity,” he wrote. “Allegations that would otherwise be ignored ... as groundless and libelous are blown up on front pages and given a significance out of all relation to their intrinsic merit after they have been made before a committee of Congress.”

Imagine that: groundless accusations being blown up by the mainstream media. So glad we've matured past such a barbaric time.