David Letterman: Puncturing the Culture Rather than Propping It Up

I think The New Yorker's Emily Nussbaum describes his revolutionary appeal to my generation better than anyone:

For more than thirty years, David Letterman has been the guy working the talk-show host. But he's never hidden how tricky it is to move those levers, which has been his appeal to fans: in a job made for smoothies, he's kept showing us his flaws, those spikes of anger and anxiety, almost despite himself. Now that Letterman's a flinty codger, an establishment figure, it's become difficult to recall just how revolutionary his style of meta-comedy once felt. But back when I was sixteen, trapped in the snoozy early eighties and desperate for something rude and wild, Letterman seemed like an anarchist. His manner suggested that TV could puncture the culture rather than prop it up. My friends, particularly the guys, became his acolytes, quoting his catchphrases (“They pelted us with rocks and garbage”) and copying his deadpan affect.

The whole piece, “Good Night: David Letterman's last weeks,” can be found in the latest New Yorker. Or here. 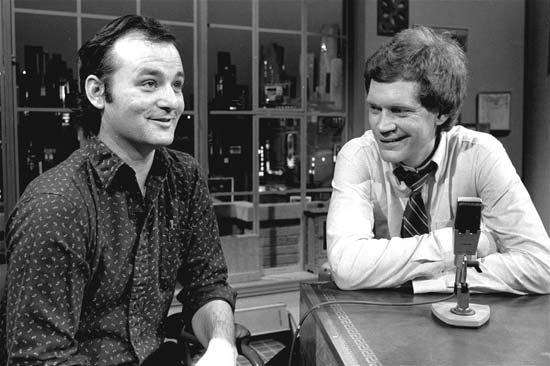