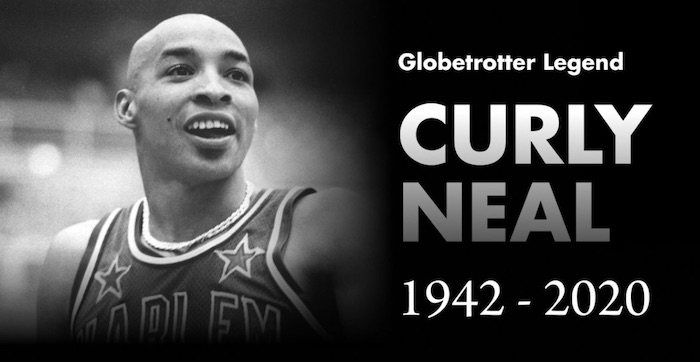 How much of a superhero was Curly Neal when I was growing up? The first time I saw him live—the only time I saw him live—when he and the other Harlem Globetrotters played at Met Center in Bloomington, Minn. in the early 1970s, he made that insane half-court shot of his from the corner (an example here, at 16 seconds in) ... and I was a little disappointed. I wasn't disappointed by that; I was disappointed that he didn't juggle like five basketballs perpetually through the hoop as he did in the Saturday morning cartoon show that my brother and I watched regularly—causing the scoreboard to literally blow up. I was disappointed because Curly Neal was not quite a superhero.

Was he my favorite? There was six in the cartoon and they each had bits:

Plus an old white lady (Grannie) and a yellow dog (Dribbles). 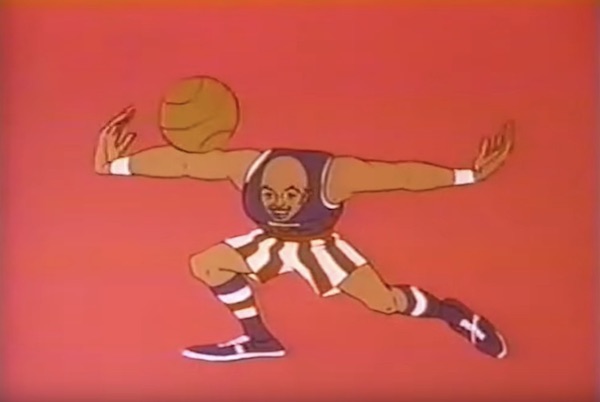 Curly was viewed as the great ball-handler on the team until Marques Haynes (“to show you how”) returned for the live-action Saturday morning show “The Harlem Globetrotters Popcorn Machine” in 1974. That's actually Curly's first IMDb credit since they didn't voice themselves in the 1970-72 cartoon. Meadowlark was Scatman Crothers, for example, while Curly was voiced by Stu Gilliam, a standup comedian. But the show was still groundbreaking—the first Saturday-morning cartoon show with a mostly black cast. (“Fat Albert” debuted two years later.) It was also my intro to basketball since Minnesota didn't have a team—we lost the Lakers to a city without lakes in 1960—so there was no local impetus to watch games. The first b-ball game I saw live was probably the Globetrotters at Met Center. They won.

When did it become too much? When they hung out with Scooby Doo? When they showed up on “Donnie and Marie,” “The Golden Hawn Special,” “The Love Boat”? Probably when they got title cred by visiting Gilligan's Island in 1981. That's part of the TV globe they probably shouldn't have trotted to. And with Meadowlark pursuing a solo career, Curly was left to be nominal leader. I think? I never saw the movie. I was a senior in high school by then.

Curly was born Fred Neal in Greensboro, North Carolina, birthplace of the sit-in portion of the civil rights movement in February 1960. By that time, Curly was playing at Johnson C. Smith University in Charlotte, where, according to Wiki, “he averaged 23.1 points a game and was named All-Central Intercollegiate Athletic Association (CIAA) guard.” He wanted to go to the NBA but wasn't drafted. The Globetrotters was his back-up plan. His back-up plan made him a legend.

“I got a questionnaire letter, as a free agent,” he told The New York Times in 1983. “I would have to pay my way to [an NBA] camp. The Globetrotters sent me a plane ticket and gave me room and board.”

That Times article mentions the wear and tear of the years. It mentions a heart attack he had in Oct. 1971 at the age of 29. That sent him back to college to get his degree. In 2008, he was the fifth Trotter to have his number retired—after Wilt Chamberlain, “Goose” Tatum, Marques Haynes and Meadowlark. Not sure why it took so long.

Has anyone seen the 2005 documentary on the Globetrotters? Or the 1951 movie? I have the 1970 George Vecsey bio paperback of the team but I wouldn't exactly call it all-encompassing. Attention must be paid.

Steve Kerr, coach of the Golden State Warriors, tweeted the best epitaph of all: “Hard to express how much joy Curly Neal brought to my life growing up.” Amen. 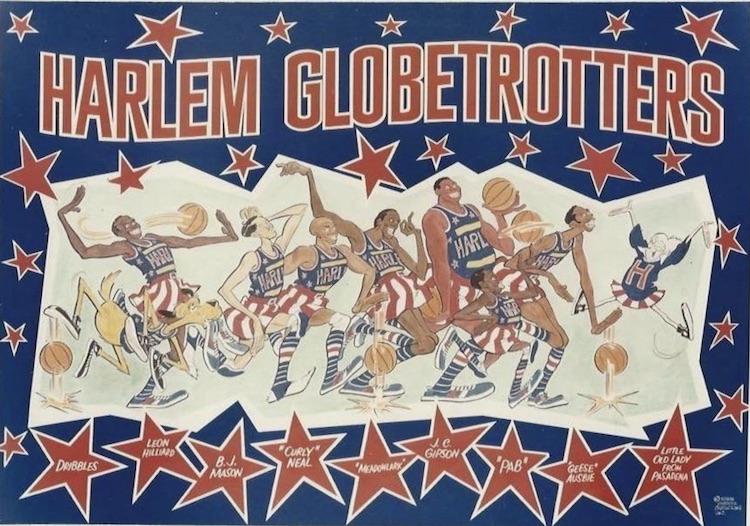