Researching this post, I found myself reading the last issue of the 1950s Captain America series. At that time, superhero comics were on the outs and Timely/Marvel was down to Cap, who was in his “commie smasher” persona; but his run finally ended with issue #78 in Sept. 1954.

In the last story of that last issue, he battles Chuck Blayne, the idol of American boys everywhere, who counsels them to keep clean minds, strong bodies and “play to win.” Cap is suspicious. 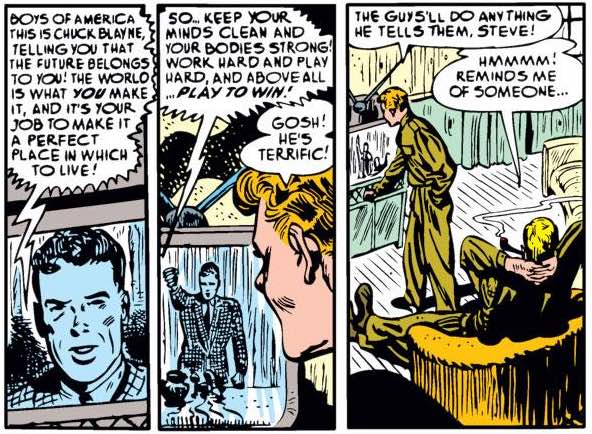 As he should be, since Blayne is really a Soviet spy. To be honest, Blayne's plot is lame. He tries to turn American boys against the U.N. by showing how weak it is, and, in this regard, plants a bomb and laughs that no one can do anything about it. It's a little over-the-top. Surely someone could've come up with a less maniacal plan. 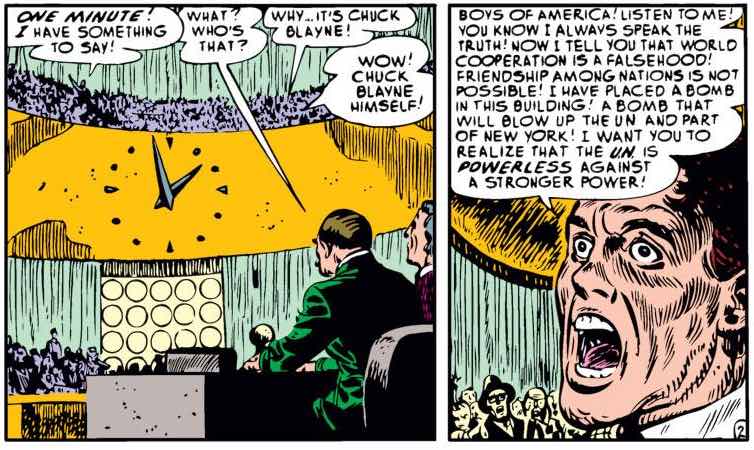 After Cap wins the day, he talks up who Blayne initially reminded him of. These are the last panels of Captain America until he was resurrected by Stan and Jack in Avengers #4 in March 1963: 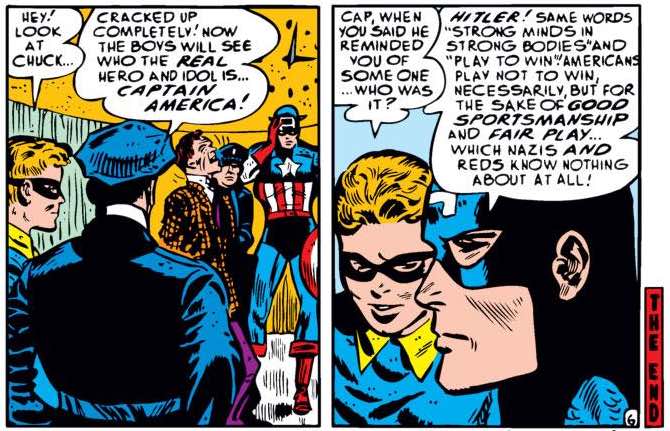 Two things in particular struck me about this story: