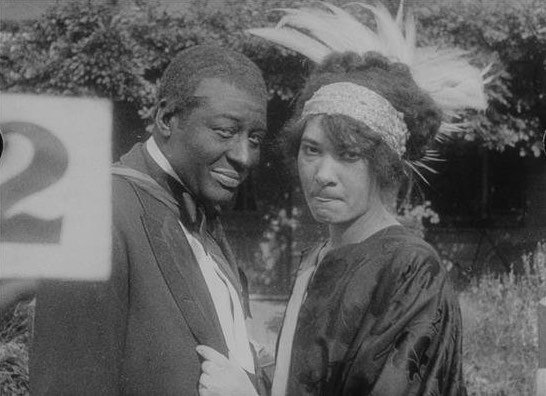 Excerpt from “Cagney” by John McCabe. Asked who he considered the greatest performer he'd ever seen, Cagney said Bert Williams.

Not an actor in the usual sense, yet he was a great actor—who “just” sang funny songs. A quiet genius, and talk about control! He never made an unnecessary move or uttered a needless syllable. He was the greatest performer as far as Frank McHugh and I were concerned. Bert died an early death in 1922, and what a tragic loss. I saw him in the Ziegfeld Follies of 1919 on a pass, and I‘ll never forget it to my dying day. The stage lights dim, the great red plush curtains draw in, and the theater goes completely black. Then, almost like a shot—but it was totally silent—a white, white spot suddenly hits the curtain stage center. Four seconds of waiting, just enough to build up the proper suspense, and then out strolls Bert from behind the curtain, quiet, imperturbable. He looks at us with a gentle, quiet smile, bows to the orchestra leader, and says, “Professor, if you please.” Then he sings his great songs, truly comic songs that make you howl with laughter and tear your heart out at the same time: “Nobody” and “I’m a Jonah Man” and “I'd Rather Have Nothin' All of the Time Than Somethin' for a Little While.” Very funny and deeply sad underneath. For, as I‘ve said, Bert Williams was a great actor, and that tragicomic mix I’ve never seen anyone do half so well.

Also, once I saw him I was made aware for the very first time of the black man's plight in this country.

Control—“not doing anything but what was needed”—was big with Cagney. Apparently he learned it watching Frank Fay on stage.