Box Office: ‘The Woman in Black 2: Angel of Death’ is the Biggest Movie of the Year!

Once again, a horror film has been released during the first weekend of the year, has done so-so business against December standouts, but is, for now, the biggest movie of the new year. Because no competition.

Consider it box-office stretching before the real competition begins. 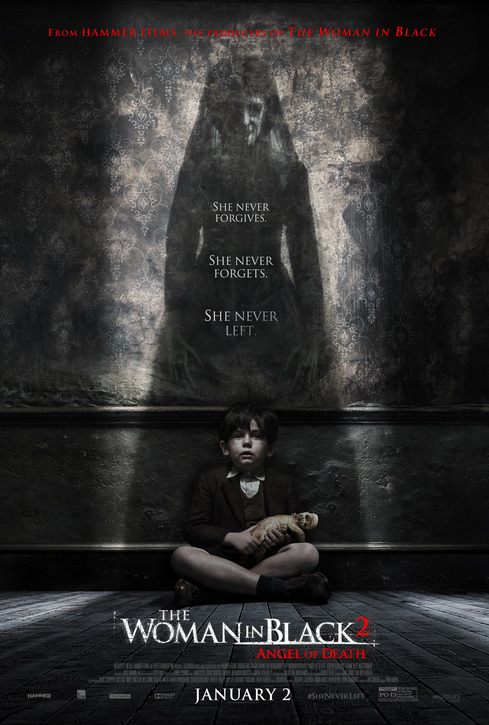 So how did horror wind up with the first weekend of the year? I did a little digging.

From 1980 to 2005, it was rare when a new movie was mass-released this weekend. It just wasn’t worth it. If a movie was any good, you released it during December when the kids were out. If it wasn’t any good, you’d released it later in the month. Or in February. Or March. Or ...

Then in Jan. 1986, a Judge Reinhold comedy, “Head Office,” was released on the first weekend of the year. It finished eighth and grossed $1.9 million. A year later, they tried the Emilio Estevez/Brat Pack vanity project “Wisdom.” No go: 11th place and $1.9 million.

In the mid-90s they gave urban comedies a try. “The Air Up There” (Kevin Bacon recruits tall Africans to play basketball) finished in fifth place with $5.2 million in 1994. The year after, Sinbad was the “Houseguest”: $5.8, third place. So doing better. But urban comedies were soon pushed to later in the month. To honor MLK, I guess.

The new horror formula was hit upon in 2005 when “White Noise” (Michael Keaton tries to converse with the dead, not Don De Lillo) racked up $24 million and second place. In 2006, Eli Roth’s gross-fest “Hostel” actually won the weekend with $19 million. And a brave new world that has such people in it was born.

So meet the new year. Same as the old year.