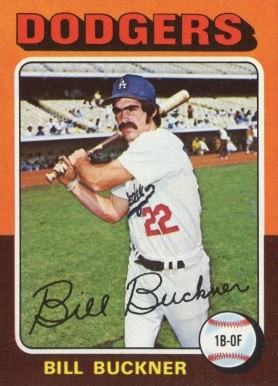 And when they do mention the play, they make pains to let everyone know—as if we did not—that it was Game 6, not 7, and the Red Sox weren't ahead, the score was tied. If he'd made the play, a routine grounder, Game 6 of the 1986 World Series would‘ve gone to the top of the 11th, tied 5-5. But he didn’t so it continued onto Game 7 the following night. The Red Sox led that one at one point, too.

The bottom half of the 10th was a clusterfuck so why did he get stuck with it? That's the question. Two outs, nobody on, a 2-run lead, and everyone in Boston all but tasting their first World Championship since 1918. Then:

At which point, Sox manager John McNamara got off his ass and relieved Calvin Schiraldi, who'd already gone 2 2/3 innings, for Bob Stanley, their closer. Red Sox are still leading, mind you. It's first and third. You just need a strikeout, a groundout, a fly out, or a foul out. The key word is out. Instead:

Back in ‘86, I was taking a break from Saturday night studying (I was that guy) and watching it all in the basement of Coffman Union on the University of Minnesota campus. I might’ve even had a bet on the game. I certainly had rooting interests. They develop fast in the postseason, and I'd liked the way that Red Sox had come back against the Angels in the ALCS, and I disliked almost everybody on that Mets team. They all seemed like assholes. (They all were assholes). Plus I wanted to see Red Sox fans celebrate for the first time since 1918 rather than Mets fans for the first time since 1969. Instead, the above, and it already felt lost by the time Stanley threw the wild pitch. How could they regroup?

They didn‘t. This is how it’s written up on Baseball Reference:

I think he got stuck with it because it looked like a play any of us could‘ve made. It was the cherry on top of the shit sundae. Nobody remembers the shit sundae, they just remember someone putting that cherry on top of it. His name didn’t help him either. Alliterative. There's a reason superhero secret identities are often alliterative. It's easier to remember Clark Kent and Peter Parker than Clark Richards and Peter Engelson.

Anyway, everyone who is writing about his death at the age of 69 is trying not to focus on all that. No one wants the headline the New York Times gave poor Fred Snodgrass:

This is the headline the Times gave for this go-round:

I'd recommend for any baseball fan Alex Gibney's doc “Catching Hell,” which is mostly about Steve Bartman, the Cubs fan who tried to catch a foul ball during Game 6 of the 2003 NLCS, but there's a good section on Billy Buck on it. It's about scapegoating. It's about finding that person who caused us so much pain; even if there's so many others we could point the finger at.

I also recommend Joe Posnanski's column on Billy Buck. Joe's been talking a lot lately about how it's not your father's game of baseball anymore. Batting averages are down, triples are down, walks are down, homeruns are up, strikeouts are way up. It's all or nothing now. Buckner was different. I like this early on:

That was Billy Buck's superpower: He almost never struck out. He did not develop his powers through radioactive spiders or the strength of earth's yellow sun. He did it through sheer stubbornness. Nine times in his career, Bill Buckner finished first or second in the league for fewest strikeouts per at-bat. You might GET him out. You would not STRIKE him out.

Bryce Harper has struck out 19 times in the last two weeks.

Attention must be paid, and Poz pays it:

Bill Buckner had become the broken-down man of the 1986 World Series BECAUSE of baseball. That's not mentioned enough. When you see Buckner on that replay, with Vin Scully's voice singing “BEHIND THE BAG,” you are seeing the product of a baseball life. Every scar, every limp, every hitch, those were earned on the diamond.

He was only 69. Complications related to dementia. Former commissioner Bart Giamatti once said that baseball is designed to break your heart, but other things are more so.