Notice anything about the screenshot below? 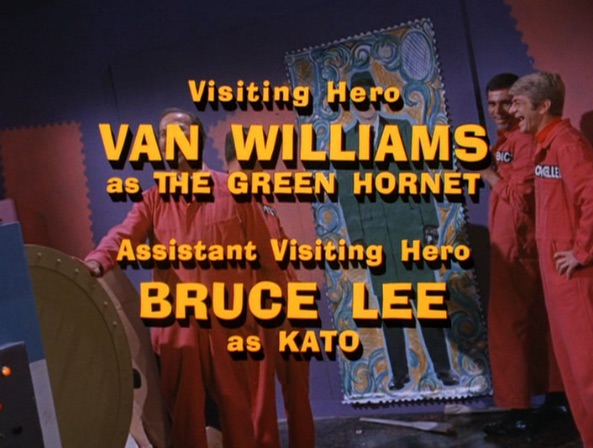 Yes, it's taken from the old 1960s “Batman” series. And yes, it's from the second-season episodes where the Green Hornet and Kato guest star. The episodes aren't great, to be honest. A tonal thing. Batman and Robin are obviously satirizing the superhero genre, but GH and Kato play it straight. Even odder is that Britt Reid (and Kato) shows up in Gotham City at the same time as The Green Hornet (and Kato), yet no one suspects Reid of being the Hornet; they suspect him of being Batman, and charge Bruce Wayne with being the Hornet. Even as a kid I thought that was stupid. You mean they switch cities every night? C‘mon, people.

But none of that is why I’m asking about the screenshot. Think actors. For example:

But again, not that. I'm really talking about the two guys on the right. Recognize them?

I like the moment before the moment. Of course the biggest such moment is the episode’s ASSISTANT VISITING HERO. Very soon he'd been one of the biggest movie stars in the world, assistant to no one.