I think of Dave Budge, one of my best friends in childhood, who lived across the street in South Minneapolis, and with whom I would throw a football around on Emerson Avenue in spring, fall and sometimes winter.

For some reason (relatives?), he rooted for the Green Bay Packers rather than the Minnesota Vikings, as was custom in our neighborhood. 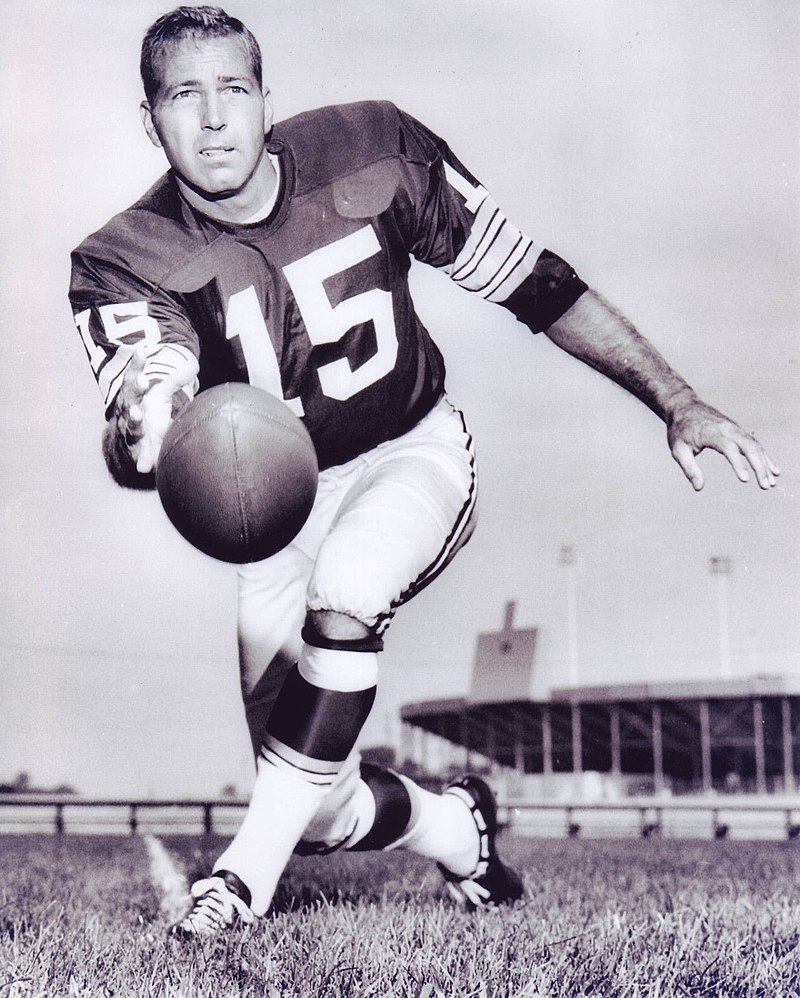 By this point, the the point I began to care about football, Super Bowls still numbered in single digits (or, I guess more appropriately, before “X”), and the glory days of the Packers were already over. But the team was already legendary. Back then, a lot of teams were 1-1 in the Super Bowl, seeming to lose their first shot only to win a later one:

It was nice—like teams were taking turns. (Until it was the Vikings' turn.) But at the top, both chronologically and in the SB standings, was Vince Lombardi's Green Bay Packers, 2-0 in Super Bowls I and II, and led by #15, the MVP of both Super Bowls, the perfectly named Bart Starr.

Despite that name, he had an ordinary face and manner, and never acted the star. He was thoroughly Midwest in that regard, even though he was Alabama born and bred. He was also at the helm during the legendary “Ice Bowl” victory over the Cowboys in 13-below weather in Green Bay on Dec. 31, 1967. Apparently he was the one who called the QB sneak with the Packers on the Cowboys' goal line, down by 3, with less than 20 seconds left and no timeouts. If it didn't work, season over. But it worked. I remember reading about it and thinking, “I wouldn't have taken that risk.” That he did is why he was where he was.

Did we argue, Dave and I, over who was better, Fran Tarkenton or Bart Starr? Probably. Probably one of the many such arguments as we tossed a non-official football around the neighborhood.

Anyway, when I heard the news, I thought of Dave.