At the Birth of the ‘Special Rights’ Argument

After the death of John Doar, I was looking over my old copy of Taylor Branch’s “Parting the Waters: America in the King Years 1954-1963,” and came across this story about James Meredith trying to register at the University of Mississippi in 1962, and being prevented from doing so by Gov. H. Ross Barnett. It’s a well-known story.

But it brought to mind the way modern conservatives and reactionaries and racists use the term “special rights.” And it sheds light on what the term means.

It’s 1962. Meredith is trying to become the first black man to register at Ole Miss. Gov. Barnett, looking for votes, prevents him from doing so. The Fifth Circuit Court of Appeals then threatens both the registrar and the university trustees with contempt, and secures a promise that they will in fact register Meredith. On Sept. 25, U.S. Marshall James McShane and civil rights attorney John Doar accompany Meredith to the Federal Building in downtown Jackson to register him. But no one’s there. Gov. Barnett has called them to the legislature to “testify” about the situation.

That evening, after various other machinations, the three men, with the help of U.S. Attorney General Robert Kennedy in D.C.,  attempt to register Meredith on campus, but once again Barnett “interposes,” makes some jokes at Meredith’s expense, and denies the admission. “A Rebel yell went up from the crowds gathered ...” Branch writes. “They hooted the Meredith trio along its path of retreat ...”

Then a call to Barnet from RFK, and this conversation:

RFK: He is going to show up for classes tomorrow.
HRB: At Ole Miss? How can you do that without registering?
RFK: I think they arranged it. It’s all understood.
HRB: They’re going to give him special treatment?

What are Meredith’s special rights? Well, a racist state has done everything in its power to prevent an entire people from the normal course of events. Then, for a period, they focus on one man. The most powerful people in the state do everything they can to prevent this one individual from the normal course of events—the simple act of registering for college. And when the federal government says, “You can’t do that,” they cry “Special treatment! Special rights!”

Then they spend decades undermining the federal government. But that’s another story. 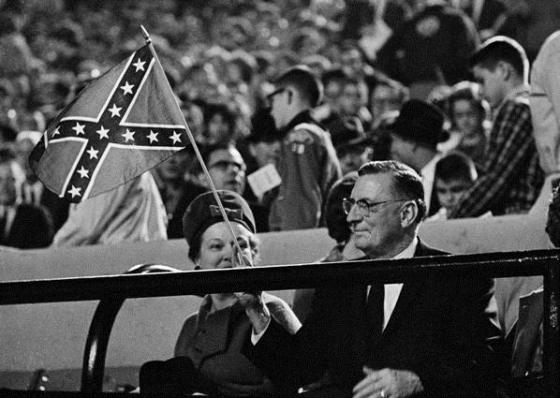 “They're going to give him special treatment???”