Immediate reaction: No Kathryn Bigelow or Ben Affleck for best director? No Marion Cotillard for best actress? No John Hawkes for best actor? No “Intouchables” for best foreign language film?

Interesting. But keeping Marion Cotillard away from the proceedings is not the best way to get me to watch.

Also: No best documentary feature announcements? Am I part of that small of a minority who cares? And we got eight best-picture nominees and none was “The Master”?

Host Seth MacFarlane (“Family Guy”) and this year's hottie/serious actress Emma Stone, made the announcements, engaged in some banter, which seemed at odds with the hour. It was like it was too early for bad jokes. Maybe instead of 5:30 AM, they should do it at night, throw a party, and announce the nominees in semi-drunken fashion. A thought. More thoughts, and a complete list, later, but here's the immediate one: It's now “Lincoln.” The DGAs and the Oscars agree on only two directors, Spielberg and Lee, and “Life of Pi” won't win it. It's “Lincoln” 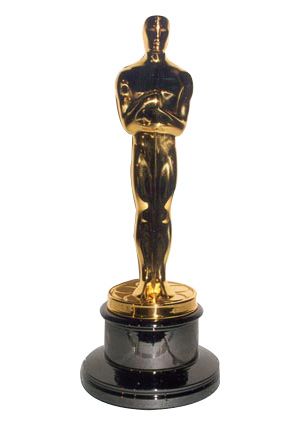 Best Actor in a Leading Role

Best Actress in a Leading Role

Best Actor in a Supporting Role

Best Actress in a Supporting Role