An Ad For Something No One Needs

A friend once wrote a song called “Mr. Time,” which, in its overall sense of losing everything (inch by inch) while waiting for something, anything, to happen, I’ve always, unfortunately, identified. One stanza in particular hits home:

There’s doing and there’s selling. The great myth of America is that it’s all about doing (Horatio Alger, bootstraps, etc.), while the great reality of America is that it’s all about selling. I’m not a bad doer but I think I’m one of the worst sellers in the world. I can sell nothing, particularly myself, because of what’s articulated in “Mr. Time.” Every word on my own behalf does feel like an ad for something that no one needs.

This means, yes, I’m still thinking about Tad Friend’s New Yorker piece on Tim Palen and Hollywood marketers. Particularly these lines: “Publicity is selling what you have... Marketing, very often, is selling what you don’t have...” These are people so good at their craft they can sell what doesn’t exist. Remarkable. God, I hate them.

I do want to mention one area where I agree with marketers. It comes two-thirds of the way through the article and involves test audiences. Friend writes:

Yet testing is fraught: it rewards comedy, narrative, and familiar stars or plot elements, and often undervalues the new. Executives’ testing stories take divergent paths to the same punch line. Either they decided not to tamper with a “Pulp Fiction,” despite testing results invariably described as “the lowest scores in the studio’s history,” or they were confounded when an “Akeelah and the Bee” faltered commercially despite “the highest scores in the studio’s history.” In both scenarios, the numbers lied. “Testing is a sham,” one marketing consultant says. “All you’ve learned is what people thought of a movie they didn’t have to pay for. It does not mean they’re going to go pay for it.” 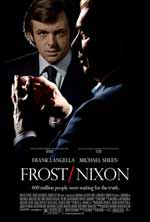 Ex-motherf---ing-actly. Particularly the line about undervaluing the new. It was the same for “Seinfeld” and the British “Office” and the American “Office”: low, low audience test scores. People didn’t get these shows. They didn’t get “Pulp Fiction.” I’ve never seen anything like this before so it can’t be any good. In this way, test audiences are actually like marketers, who, according to Friend’s article, have trouble selling the new because there’s no playbook for it. It takes a lot of luck for a “Seinfeld” to get through. One wonders how many “Seinfeld”s — and thus cash cows — get killed in the process.

The best films are sold on a limited basis, in select cities, and might, if carefully nurtured, make it into most big cities and most states. But that’s if it’s lucky and the zeitgeist is right. Otherwise, not.

I know marketers take their orders from someone else, as we all do, but some marketers, as Friend tells us, are now running the studios. Universal, run by a former marketer, is one of the worst culprits. Unless they know something I don’t, unless there’s a strategy here that I don’t see, they’re in the process of killing both “Frost/Nixon” and “Milk.”

That’s the unanswered question from Friend’s article. It’s the unasked question of marketers and admen everywhere: How good can you be if you can’t even sell quality?