Writer-director Neill Blomkamp wants the aliens to be a despised minority so that’s what they become. And that’s all they become. Despite the fact that they’re aliens and—I can’t stress this enough—the existence of aliens changes everything. It’s a Copernicus moment. ...

Does the aliens’ existence change the religions of the world, or our various views of God, in whose image we are supposedly made? Apparently not. Does it alter the U.N.? Foreign relations? Our planetary defense systems? Nope. The only thing that happens, apparently, is the ho-hum, the paperwork, the disgusted shake of the head that these creatures live in our midst.

Here's something I wrote in 2007 about the helicopter-rescue scene in “Superman: The Movie”:

The crowd below — prodding us, the theater audience — breaks into applause too easily. A flying man? Who can grab a helicopter effortlessly? They should be stunned into silence. Instead they react as if someone just hit an 8th inning homerun.

And here is David S. Goyer, who wrote the screenplay for the upcoming “Man of Steel,” in the March 2013 issue of Empire magazine:

It just struck me that if Superman really existed in the world, first of all this story would be a story about first contact. He's an alien. You can easily imagine a scenario in which we'd be doing a film like “E.T.” [hunting him down] as opposed to him running around in tights. If the world found out he existed, it would be the biggest thing that ever happened in human history.

That's a good sign, and it's borne out in the trailer and in the poster (below).

Apparently the first glimmer for this project began when Goyer was stuck on what became “The Dark Knight Rises,” which he then ignored for a week to indulge a fascination with Superman. And he came up with this concept.

Another good sign? “Intriguingly,” Ian Nathan of Empire writes, “the film's biggest secret seems to surround good-old Clark Kent—formerly Superman's befuddled, bespectacled alter-ego. Coud it be here where the mythos is getting its biggest shake-up?”

Could it? I hope this means he doesn't become a reporter at The Daily Planet. Because who in their right mind becomes a reporter in 2013? 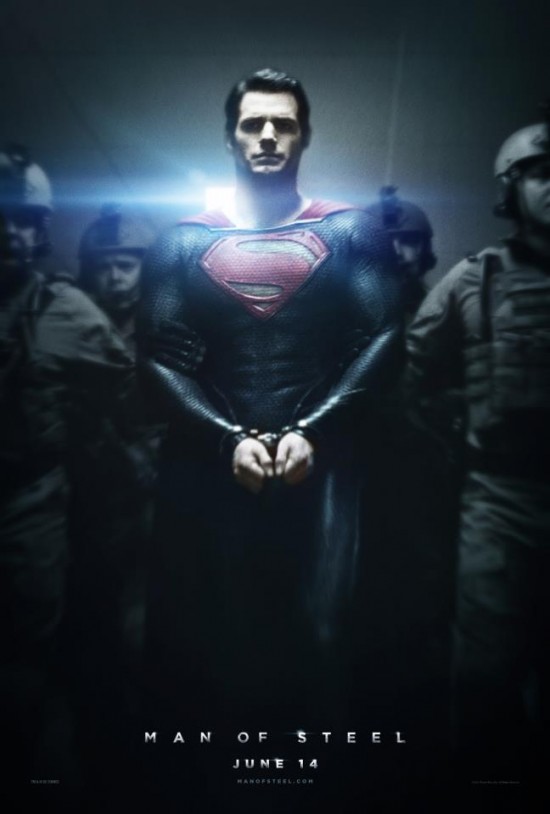