A Box Office Wrinkle for ‘Wrinkle in Time’ 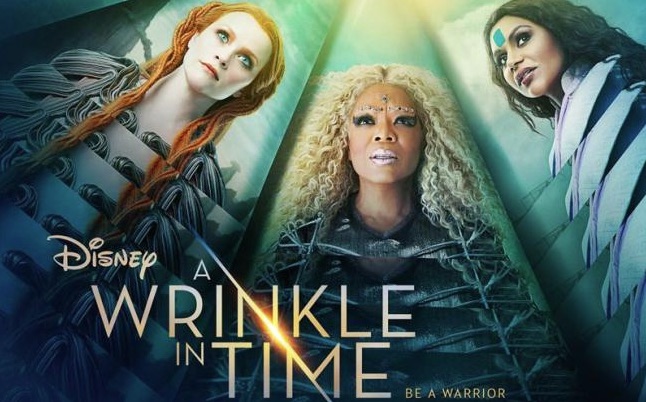 In its weekend preview, Box Office Mojo predicted $42 mil for the new Ava DuVernay-directed “A Wrinkle in Time,” with “Black Panther” settling into second place with $38 mil or so.

Scratch that. Reverse it.

And then push “Wrinkle” even lower.

“BP” had the biggest gross for the fourth weekend in a row, earning another $41 mil, and raising its domestic total to $562 million. That's 7th-best all time, unadjusted. Ahead: two “Star Wars,” two Camerons, one Avengers and one Jurassic. It's also now past the $1 billion mark worldwide: 21st and counting.

“Wrinkle,” meanwhile, opened to a tepid $33 mil, which is surprising given the hoopla around it, but unsurprising given its trailer. Last year, when my wife and I saw the trailer, she leaned over to me and whispered, “That looks awful.” I agreed but hadn't read the books. (She had and wasn't a fan.) But yes: Oprah, Renee and Mindy looked absurd. Zack did, too, but wasn't he supposed to? He was comic relief. The others, in the trailer, played up the nobility angle. Or the trailer played it up for them. Or DuVernay or the book did.

Unfortunately, the slow pace of the first hour coupled by the tedium of a CGI overload, reduces A Wrinkle in Time to one of Disney's most lackluster big-budget releases since The BFG.

Believe it or not, that's from one of the positive reviews.

Friday on social media, a female film critic responded to the film's negative reviews by stating she didn't care what 50ish white men thought of the film. Immediately, on FB anyway, a bunch of 50ish white men responded about how enthused they were to see the film. That cracked me up. I thought: Isn't that what she didn't want to hear? What you guys thought? Or we guys? Or was it OK as long as they/we liked it or were enthused by it? I.e., the problem was less “50ish” and “white” and “male” than “thumbs down.”

But I get where she's going. Her stated rationale is “It's what the kids think that matters,” and that's true. And not. When I was a kid, I loved 1967's “Dr. Doolittle” not realizing until decades later what a disaster it was—financially and critically. Would be interesting to see it now. Is there anything there? It's a kids movie that didn't last except in reboots ... which also haven't lasted. But I did enjoy it. I still have fond memories of it.

The real rationale for the critic, though (who is 50ish, white and female), is to promote a movie directed by a woman of color, and starring women of color, with a young female lead. Such movies need to make money if Hollywood is going to change. At the moment, “A Wrinkle in Times” doesn't help the cause, and she wants it to help the cause. But there's only one cause a critic should care about.