5 Shot Dead at The Capital 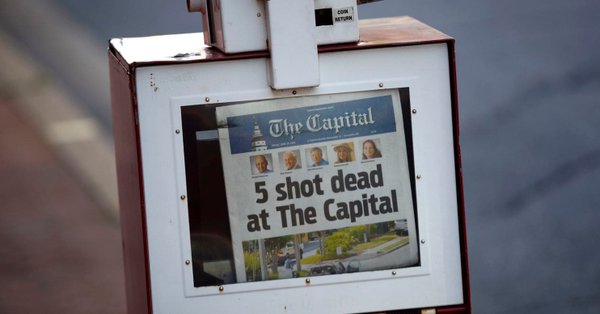 It was a crazy person with a grudge and a shotgun but the tone the president sets matters, and we know what tone Donald J. Trump has set from the get-go. Look at the list of insulting tweets he’s issued that the New York Times have gathered into one spot; look at all of the vituperation under “Mainstream media.” Look at ABC, CNN, CBS, The New York Times.

Fuckin' A, America. You know what's wrong. How many times do I have to tell you that shit is brown?