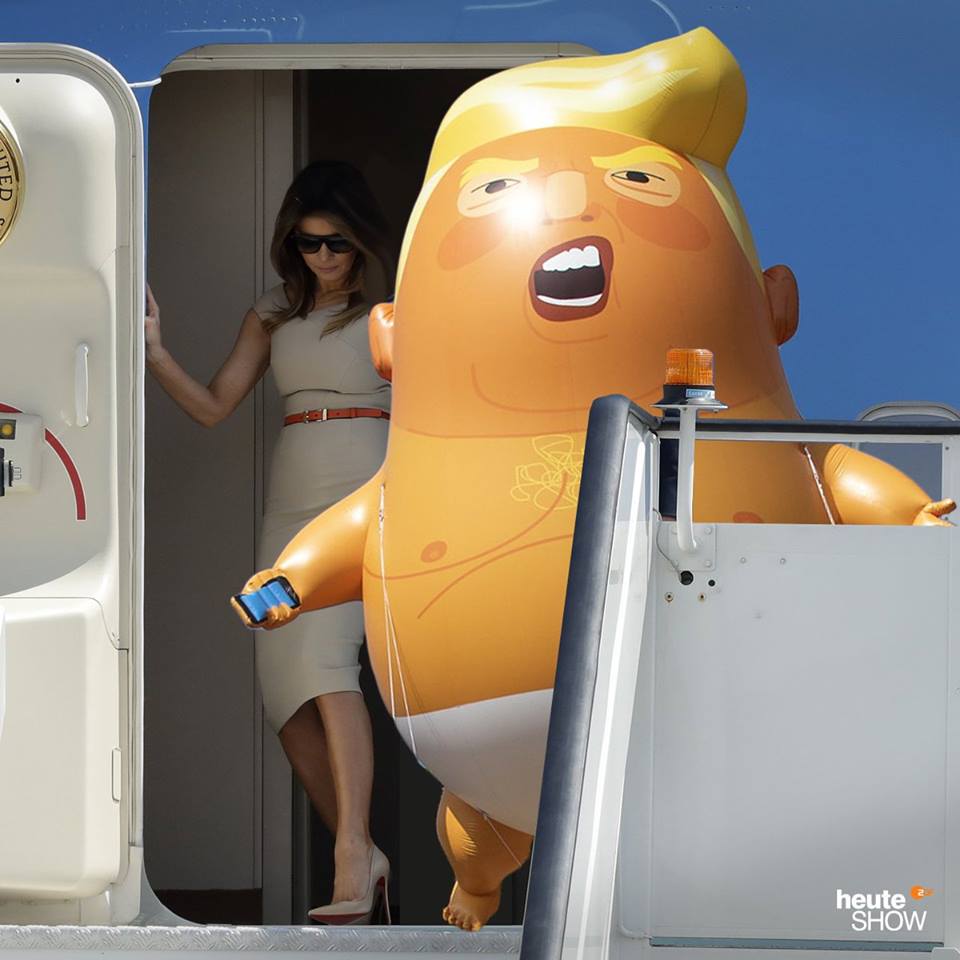 The indictments were announced as Pres. Trump was in the midst of a European trip involving meetings with NATO leaders, British Prime Minister Teresa May, the Queen of England and Putin.

“Today is actually a significant moment in American history. We‘ve only had 45 presidents. And here we now know that one of them was elected with the explicit and intentional help of a foreign power, in violation of American law, with the aggressive and open support of the candidate who was the beneficiary of those crimes.”

—Jeffrey Toobin, last night on Anderson Cooper 360, in the wake of special counsel Robert Mueller issuing a 29-page indictment on 12 Russian intelligence officers, charging them in the hacking of the Hillary Clinton campaign and the Democratic National Committee. A good piece and podcast on the indictments can be found at LawFareBlog.

A lot of the above is already known, or assumed, but we get some interesting details:

Plus, as they say, much, much more. And more to come. At the least, the names of the congressman, reporter, and Trump presidential campaign contact.

BTW: I highlighted the above in Toobin's quote because as I heard it I was thinking this charge might relate to new info from the Mueller indictments. It doesn‘t. It relates, I assume, to Trump’s July 2016 public declaration that Russia hack Hillary's emails. Toobin is tying it all together. The bow isn't neat yet—I doubt it will ever be, even Watergate remained messy—but it's not looking good for Trump. Which means it's looking good for the rest of us.