'You're getting on that plane with Victor Larsen!' 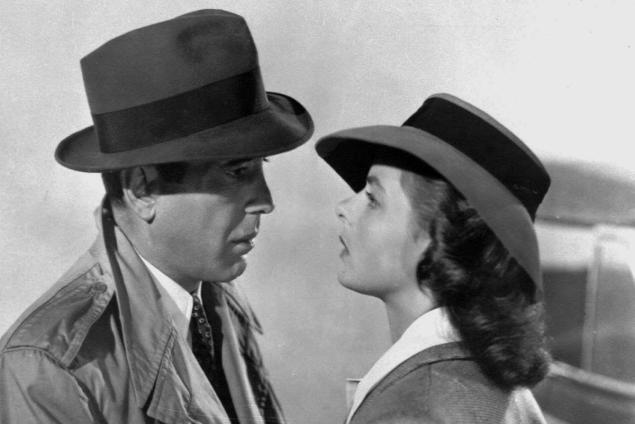 Noah Isenberg's book, “We'll Always Have Casablanca: The Life, Legend, and Afterlife of Hollywood's Most Beloved Movie,” has some interesting stuff on the censorship battles between Warner Bros. and Joseph Breen's Motion Picture Production Code. But the most intriguing examples of censorship are actually foreign:

When the film was released a year later in [Ingrid] Bergman's native Sweden, officially a neutral nation but one with lingering trade and diplomatic ties to Germany, it wasn't so much the sex that concerned the censors as it was the defamation of the Nazis (Rick's shooting of Strasser and Renault's kicking of the Vichy bottle were removed, as was Renault's wry comment on trashing Rick's Café after its doors are closed for business, “You know how that impresses Germans.”)

Of course, that was nothing compared to what happened when the film was released in West Germany after the war:

In West Germany, the initial release of the film in 1952 was a heavily edited, dubbed version (also shown during the early years in postwar Austria), stripped of all scenes that might disturb the delicate, halfhearted process of de-Nazification—Major Strasser is completely cut out, as are all references to the Third Reich, creating a film that's some twenty-five minutes shorter. Gone is the singing of the “Marseillaise”; gone, too, all anti-Nazi jokes and dialogue. The old Czech partisan Victor Laszlo becomes Victor Larsen, a Norwegian atomic physicist hunted by Interpol.

Would be fascinating to see this West German version one day.