'SI is Part of a Giant Plan to Flaunt All Decency'

Up until now, I have not found anything in particularly bad taste in SI, but by golly, you print a picture on the cover in full color, of a white woman embracing a negro (with a small letter) man, you make it evident that even in a magazine supposedly devoted to healthful and innocent sports, you have to engage in South-bating [sic]. . . . 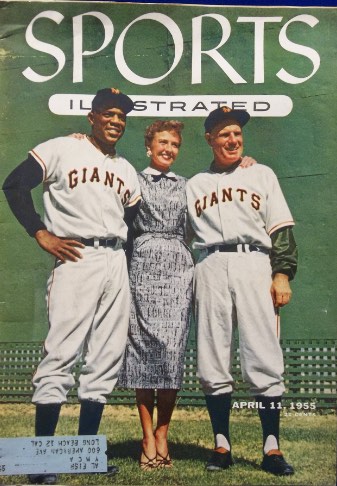 I care nothing about these three people, but I care a heck of a lot about the proof this picture gives that SI is part of a giant plan to flaunt all decency, so long as the conquered of 1865 can be reminded of their eternal defeat. —Shreveport, La.

To tell you that I was shocked at SI’s cover would be putting it mildly. . . . The informative note inside that this Mrs. Leo Durocher, a white woman, with her arm affectionately around the neck of Willie Mays, a Negro ballplayer. . . . Let me say to you, Sir, the most appalling blow ever struck at this country, the most disastrous thing that ever happened to the people of America, was the recent decision of the Supreme Court, declaring segregation unconstitutional. —Nashville, Tenn.

Please cancel my subscription to SI immediately. . . . This is an insult to every decent white woman everywhere. —Fort Worth, Tex.

Such disgusting racial propaganda is not fit for people who are trying to build a stronger nation based on racial integrity. —New Orleans, La.

They're recounted in Bill Madden's book, “1954: The Year Willie Mays and the First Generation of Black Superstars Changed Major League Baseball Forever,” and are a reminder of how far we've come. Also not, since the arguments, and the anger, and the combination of Southern defensiveness and entitlement, feel familiar on another level: a level of class, or immigrant status, or religious affiliation, or sexual preference. It doesn't go away; it just shifts.