'I Would Rather Have You Beat the Yankees'

I WOULD RATHER HAVE YOU
BEAT THE YANKEES THAN
ANY OTHER TEAM IN THE WORLD.
AND YOU CAN. AND YOU WILL.

—a  telegram (or prose poem) sent by former Pittsburgh Pirates (and St. Louis Cardinals, and Brooklyn Dodgers) general manager Branch Rickey to the 1960 team, which he helped construct, before the 1960 World Series against the New York Yankees. The Pirates taped the telegram to their clubhouse wall, then won it famously in the bottom of the 9th inning during Game 7 when Bill Mazeroski hit a homerun to break a 9-9 tie. Mazeroski is still the only player in MLB history who has ever done what every kid dreams of doing: win Game 7 of the World Series with a homerun. The telegram is mentioned in David Maraniss' book, “Clemente: The Passion and Grace of Baseball's Last Hero,” pg. 110, which is one of seven books I bought today at Powell's Books in Portland, Ore. Good thing we were only there 45 minutes. 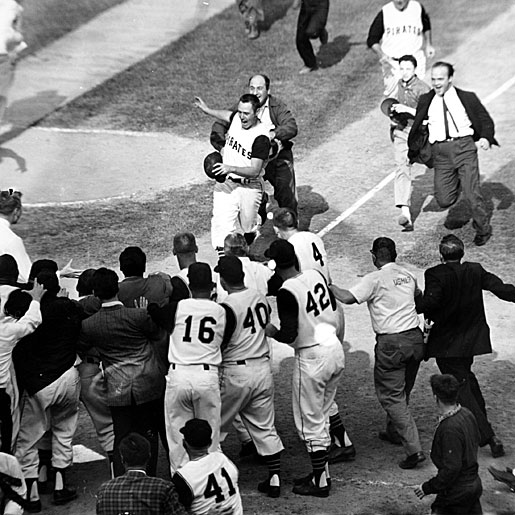