More takes on that early 20th-century catchphrase “Free, White and 21,” which I wrote about in 2009 (“Fugitive from a Chain Gang”) and revisited 10 years later (“What Price Hollywood?”). This spin is from George Cukor's “Dinner at Eight: 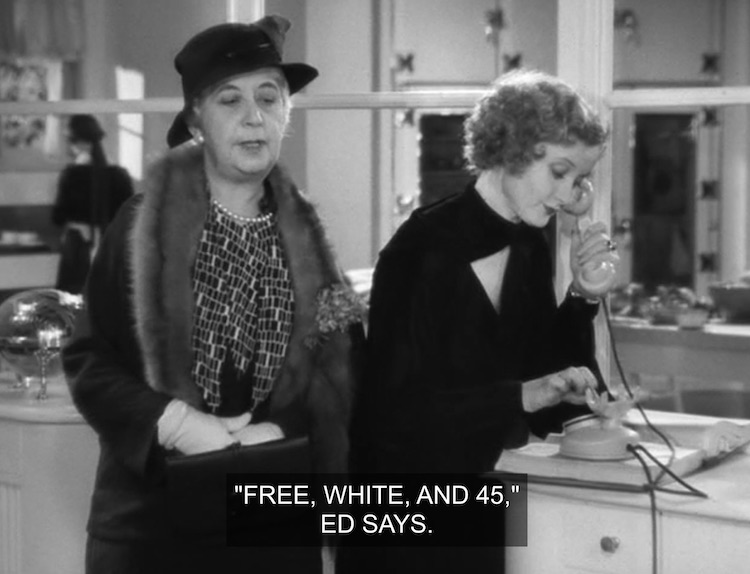 The character on the left is Hattie Loomis, whose carping husband, Ed, would rather go to the movies than to the titular event. She's played by Louise Closser Hale, who sadly died before the movie premiered. The character on the right is Millicent Jordan, host of the dinner, at which most everything that can go wrong does. Recognize her? Billie Burke. Six years later she played Glynda the Good Witch of the North in ”The Wizard of Oz.“ Her husband in this movie is played by Lionel Barrymore, who played one of the most horrible men in cinema, Mr. Potter from ”It's a Wonderful Life.“ He's about the only good man in ”Dinner at Eight."

For more on the history of the phrase, check out Andrew Heisel's well-researched 2015 Jezebel article.