'Boyhood' Grosses Another $2.5 Million in Only 311 Venues; Oh, and 'Guardians of the Galaxy' Sets August Box Office Record 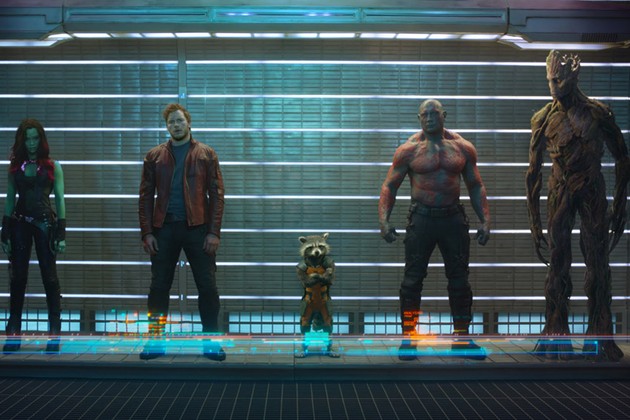 “Guardians of the Galaxy,” the sci-fi superhero movie comedy actionfest based upon the 2008 Marvel Comics comic book, which was itself based on the 1969 Marvel Comics comic book (sorta kinda not really), blew away the competition, not to mention history, at the box office this weekend: It set a record for August releases with a $94 million domestic take. The previous record was held by the final Matt Damon “Bourne” movie, which grossed $69 million the weekend of August 3, 2007. So a big leap.

Meanwhile, “Get On Up,” the James Brown biopic that garnered positive-if-mixed reviews (it’s “by the numbers” but Chadwick Boseman is good), grossed only $14 million in 2,468 theaters. After playing Jackie Robinson last year, what does Boseman do for an encore? MLK? James Baldwin? Bayard Rustin? (P and I will see the movie this week, no doubt; she’s excited.)

The good news? Richard Linklater’s “Boyhood” grossed $2.5 million in only 311 venues. It’s now at $7.5 domestic and $10.5 million worldwide. Have you seen it? You should. A friend worried that it would be too “heavy” but that’s silly. It flows. It’s fascinating and beautiful. Something in it, and probably many things in it, will remind you of you. Doubt that’ll happen at “Guardians of the Galaxy.”