James Cameron’s “Avatar” is the purest adventure story I’ve seen at the movies in a long time.

It’s also the most subversive blockbuster released during this long, ugly decade. Hell, it’s not even subversive. It states its apostasy out loud. “We will show the sky people they cannot take whatever they want!,” Jake, the avatar, shouts before the final battle. “This is our land!”

The movie begins as a tale of twins. Jake Sully (Sam Worthington) is a U.S. Marine who loses his legs in an unnamed war, and he has a twin brother, Tommy, a Ph.D. scientist scheduled to work on a moon light years away named Pandora. The human scientists on Pandora use avatars, which match the scientist’s DNA with alien DNA, to study the native Na’vi people, who are nine feet tall and blue-skinned. Then Tommy dies, rendering his avatar useless. Unless of course someone can match his DNA. Hey! 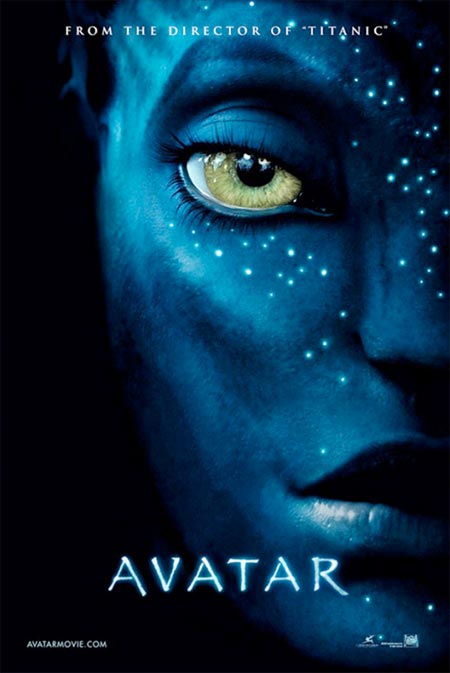 When Jake arrives on Pandora, there’s a balance of power among the human population there, and each has its own agenda. The scientific community, led by Dr. Grace Augustine (Sigourney Weaver), wants to learn about the Na’vi; the business community, led by Parker Selfridge (Giovanni Ribisi), wants to exploit the unobtainium under Na’vi land; and the military community, led by Col. Miles Quaritch (Stephen Lang), wants to kick some ass. But they all need each other. Science needs the funding business provides. Business needs the knowledge, and the diplomacy, science provides. And if it weren’t for business and scientific interests, the military would have no opponent—at least on Pandora.

Jake’s a man without a community. The scientists don’t want him because he’s a jarhead, and the jarheads dismiss him as “Meals on Wheels.” But Col. Quaritch sees a use. “A Marine in an avatar body,” he says. “That’s a potent mix.” He asks for reports. If Jake does his duty (again), he’ll get him his legs back. Meaning the technology was always there, they just didn’t think him worth the expense. Nice.

“One life ends, another begins,” Jake says of his brother and himself, but he could be talking about himself and his avatar. He has a new twin now, and, during the course of the movie, his avatar is taken through the hero cycle. He’s wobbly the moment he wakes up, but soon he’s luxuriating in the thrill of what Jake’s real body can no longer do. Standing. Walking. Running. Digging into the dirt with his toes.

In the jungle, after a thrilling stand-off with a hammerhead titanothere (think: elephant/rhino), and an even more thrilling chase through the woods by a thanator (think: huge, armor-plated tiger), Jake, separated from the scientist/avatars, is saved from a pack of prowling viperwolves (think: super-panthers) by a Na’vi, Neytiri (Zoe Saldana), who, afterwards, contemptuously dismisses his gratitude. “You don’t thank for this,” she tells him before the body of a dead viperwolf. “This is sad. Very sad only.” She blames him for the death of the viperwolves. “You’re like a baby, making noise, don’t know what to do.” When he asks why, then, he bothered to save her, she responds, “You have strong heart. No fear. But stupid.” It’s a good back-and-forth. Those who remember only Cameron’s “Titanic” dialogue may be surprised.

She’s lying, by the way. The reason she saved him, the reason she didn’t kill him herself when she had the chance, was because the seeds of a holy tree, looking like aerial, benign jellyfish, floated in front of her arrow. A sign from Eywa, her God. And as they argue in the jungle, more of these seeds float by, alight on Jake, and amaze her. Which is when she decides to take him to back to her tribe, where she is a princess, the daughter of tribal leader Eytukan (Wes Studi) and spiritual leader Moat (C.C.H. Pounder), and betrothed to Tsu’tey (Laz Alonso). They know Jake’s a dreamwalker, an avatar of the “sky people,” but they let him live because he’s a warrior (and thus one of them), and because they hope to learn about the sky people through him. They also appoint Neytiri to teach him about their ways.

Reluctant at first, calling him a moron throughout, Neytiri teaches him how to ride a pa’li, or direhorse; how to climb; how to fall from great heights using giant leaves to break the fall. All the while Jake is reporting back to the Colonel. Eventually Grace gets wind of this and moves the entire operation to the floating mountains of Pandora, where, in the flux vortex, they’re harder to contact, and where their research can continue uninterrupted. They have only three months until the bulldozers arrive to tear down Hometree.

“Avatar” is 160 minutes long yet there’s little fat in it. Cameron expertly guides us through long set pieces (Jake’s first day and night in the jungle), to shorter montage scenes (Jake’s Na’vi training), and back again. Bit by bit, Jake’s avatar fills out and grows stronger. He learns the rudiments of the language and the religion, which involves the flow of energy and the spirit of animals, and which he calls “tree hugger crap” even as he’s swept up in it. The Na’vi literally bond with animal and plant life through live tendrils in their braids. One of the last tests before he can become a man, and thus take another step in the hero cycle, is to bond for life with an ikran, or banshee, all of which nest in the floating mountains. And how will his ikran choose him? “It will try to kill you,” Neytiri answers matter-of-factly. “Outstanding,” Jake, the jarhead, answers.

Jake and Neytiri both have this spirit of adventure—as does the film. And when Jake finally gets his ikran, he and Neytiri soar through the air together—menaced only by two things: the huge red toruk, the baddest thing in the Pandora skies; and time. Their three months are almost up.

“Everything is backwards now,” says the human Jake, his jarhead cut grown out, scratching his beard. “Out there is the real world and in here is the dream.” So it is with us in the audience. Jake’s avatar initially seems bizarre, but, over time, it’s the avatar, the Na’vi Jake, that appears normal, while his human self seems small and undefined. So it is with the 3-D technology. Initially it seems obtrusive. After a while you don’t even notice it. Earlier this year, Cameron told a French journalist. “It's not just about literally seeing [the Na'vi] but about perceiving differently —perceiving through the eyes of the other person. That's what cinema's all about to me.” And that’s what it is here.

When the “Avatar” trailer hit the Web in August, an almost universal cry of pain went up among the geekish: That’s it? they asked. They felt its plot was too reminiscent of “Dances with Wolves”—military man sent to watch indigenous people and sides with the indigenous against his own—but of course “Dances” was a good movie, and this is an old plot anyway. Think “Lawrence of Arabia,” “Pocahontas” or “The New World.” Think especially Edgar Rice Burroughs’ “John Carter of Mars,” since that’s the story that influenced Cameron the most. Published near the turn of the last century, Carter, a Virginian and a Captain in the U.S. Civil War, dies, or “dies,” in a cave in Arizona and wakes up re-embodied on Mars, where he becomes a warrior-savior among its humanoid inhabitants. During the course of the stories, he keeps traveling back and forth between Earth and Mars, between his two selves. Like Jake.

What Carter doesn’t share with Jake is a sense of guilt; a sense of almost constant betrayal. When the bulldozers arrive, Jake’s the first to stop them, betraying the humans. But the intel he provided allows the military to destroy the Na’vi’s home, the gigantic Hometree, which comes crashing down like one of the twin towers. Neither side can forgive his treachery. The Na’vi tie up the avatar Jake while Selfridge pulls the plug on the avatar project and the Colonel’s men toss the scientists, and the human Jake, into the brig. What balance of power existed is gone. It’s a military-industrial complex now.

But an iconoclastic chopper pilot (Michelle Rodriguez) springs the scientists, and flies them, and a makeshift lab, to the Tree of Souls, the Na’vi’s most sacred place. Jake is returned to his avatar body, which has been left behind after the destruction of Hometree, and he walks among its ashes. It’s a poignant scene—particularly if one recalls his earlier joy at kneading the dirt with his toes. To win back the trust of the Na’vi he knows he must do something spectacular and foolish, and it involves the toruk, the baddest thing in the skies, which Neytiri told him has only been tamed (ridden) five times in Na’vi history. But Jake figures if you’re the baddest thing in the skies you have no natural predators, and thus no need to look up. Which is why, on his ikran, he divebombs the toruk. I love the logic of this. I love how Cameron films it, too. Just as Jake leaps, we cut to the Na’vi chanting to Eywa at the Tree of Souls. Then a shadow appears. They cry and scatter in terror (it’s a toruk!)... and then in wonder (it’s a toruk... ridden by Jake!). Cue incendiary battle speech. Cue final battle scenes.

Of course the Na’vi, with bows and arrows, have little chance. They gain an advantage with a surprise attack but lose it because of the humans’ superior firepower. How do they gain it back again? Through a deus ex machina. A literal deus ex machina. They have God on their side.

Most adventure movies inevitably end with a final confrontation between hero and villain, and Cameron’s are no different, but his tend to involve like battling like. In “Aliens,” it was two matriarchs. In “Terminator 2,” it was two terminators. Here it’s two avatars. Jake, as a Na’vi, takes on Col. Quaritch, outfitted in the same kind of mechanized, supersized warrior suit Ripley wore at the end of “Aliens.” Neither avatar does the killing, though. Neytiri does. And this time it’s not sad only.

James Cameron has done an amazing, ballsy thing with ”Avatar." Yes, he imagines an entire world and creates it in meticulous detail. Yes, he sends his main character on a hero’s journey through this world. But within this framework, this age-old story, he critiques the worst aspects of our own culture. “When people are sitting on something you want, you make them your enemy,” Jake says near the end, summing up the sad history of the human race. It’s not an abstract or ancient history, either. It’s current. The villains in “Avatar” use the language of this decade: “Shock and awe”; “fighting terror with terror”; “balance sheets.” They are us. “Dances with Wolves” was set in an historical timeframe, more than 100 years earlier, in which everyone knew the Native Americans would fight and lose. Not here. Here, in this future setting, the humans not only lose but they’re sent back to Earth—to their dying planet that has no green on it. They lose because God literally isn’t on their side.

That James Cameron could get such a message into a fantasy epic, a Hollywood blockbuster, is truly more astonishing than any of the astonishing computer graphics within it.