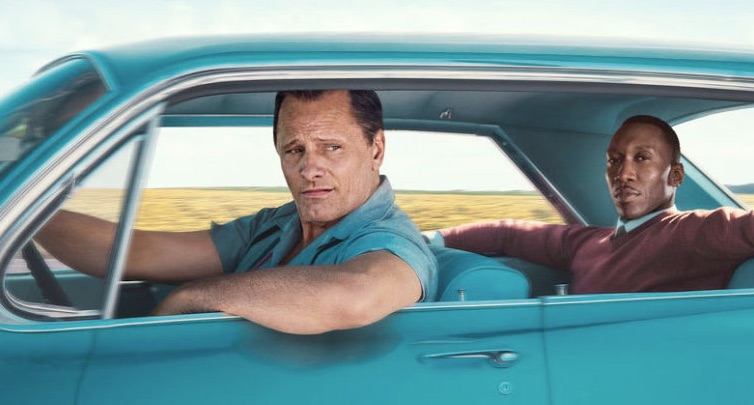 What does this mean? Historically, it means the movie has a 66% chance of winning best picture at the Academy Awards. That's the numbers from this century. (See below.)

The 10 PGA nominees weren't exactly stellar anyway, since 2018 was a fairly lousy year for American movies. If I had to rank them I'd go:

Well, “anodyne.” What struck me when first seeing the film, which is based on a true story, is how quickly its racist chauffeur overcomes his racism. It shows up in the first act and never again. He's also not homophobic. In 1962. He also has to show the black guy black culture. All of that. He's got the biggest heart of any man out there, and guess what? The screenplay was co-written by his son! Who, oh right, had a habit of retweeting racist accusations Donald Trump made. So apparently racism is harder to overcome than Vallelanga or Hollywood would have us believe. (See also: yesterday.)

The Academy has become a bit more diverse in recent years, a consequence of the #OscarsSoWhite viral campaign, so maybe they‘ll be able to go another route. The two surest: “Roma,” which is the best pic of the bunch by far, and “A Star is Born,” which is a well-made, traditional Hollywood story by favorite son Bradley Cooper.

What an odd situation to be in. Expecting Oscar to save the day.

Here are the PGA/Oscar comparisons.

2018 DGA Nominees: Why one of these movies will be the Oscar winner for best picture

For newbie Oscar watchers, this is how it works. Generally, the director that wins the DGA also wins the Oscar's best director, and usually that picture wins best picture. There's been some fumbling of handoffs on this recently but overall it holds. Since 1948, when the DGA began handing out this award, there's been a 75% chance (55/71) that the DGA's directorial achievement is the Oscar's best picture.

Related question: How likely is it that one of the above films isn't our ultimate Oscar winner for best picture?

Not bloody likely, as Jerry once said.

And that's it. Two of 71. 97% chance. So unless something shock occurs, one of the above is our 2018 Oscar winner for best picture.

Among those, I'd vote “Roma” early and often. “A Star is Born” and “Green Book” have good shots, I believe. “Vice” and “BlacKkKlansman”: probably not.

In a Squeaker, National Society of Film Critics Goes for ‘Rider’ Over ‘Roma’

The Natonal Society of Film Critics issued their year-end awards last night, and here are the winners, along with runners up. I like that they gave you the point totals for each, too. Would be interesting if the Academy did the same.

Closest race was best actress and best film. One wonders if “Roma” might‘ve won its best pic if it also wasn’t up for best foreign-language film.

Still need to see “The Rider.” P and I saw “Minding the Gap” yesterday. I went in thinking it was about daredevil skateboarders. Nope.

Here are the past winners from the Natonal Society of Film Critics, so you can see if you agree much. I tend to, give or take a Godard:

PGA Noms Show Diversity, Not Much Else 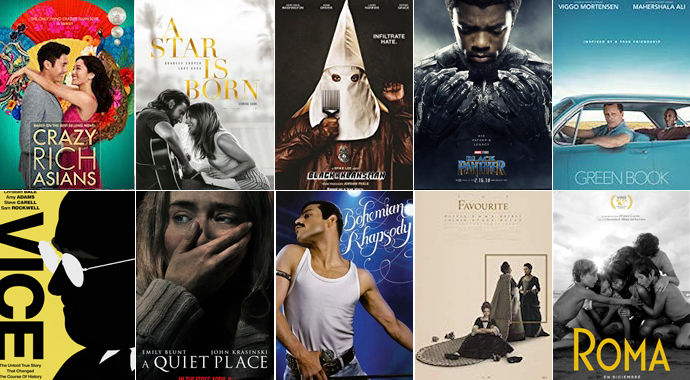 The Producers Guild announced their top films of 2018 yesterday, and it's not exactly inspiring:

My fave of the group is “Roma” (oddly, the only one whose review isn't up), followed by .... whoosh. Not sure. Maybe “The Favourite”? Then, in no order, “Star,” “Quiet,” “Vice,” Green.“ All have issues but better than ”BlacKkKlansman,“ which has bigger issues. ”Panther“ is an OK superhero flick, ”Rhapsody“ is a below-average music biopic and ”Asians“ is a below-average rom-com.

But it is diverse.

Is that enough? I look at this list and think: weak year. Or maybe I‘ve just been cranky for 12 months.

A year ago, the PGA noms went:

The Big Sick
Call Me By Your Name
Dunkirk
Get Out
I, Tonya
Lady Bird
Molly’s Game
The Post
The Shape of Water
Three Billboards Outside Ebbing, Missouri
Wonder Woman

I would take 5-6 of these over every one of this year's noms save ”Roma." 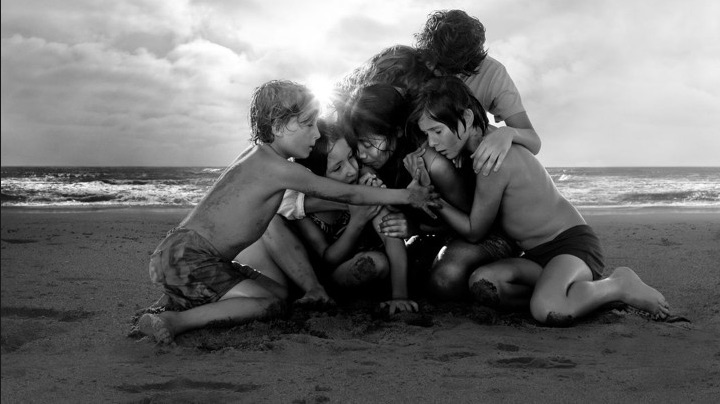 I think LA is unique in giving out both gold and silver. No bronze. Here's the films they tapped:

I saw “Roma” Friday and can't disagree. Looking forward to “The Favourite.” Seeing “Burning” in a few hours.